The Legitimization of Cannabis and How It Influences You

The Legitimization of Cannabis and How It Influences You 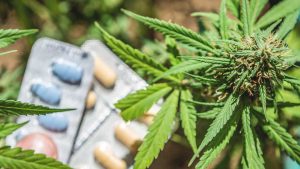 In the great state of Colorado, there have been some major changes in the judicial department regarding the distribution and use of marijuana. It is now one of the fourteen states that has legalized the use and distribution of marijuana for medical reasons. Marijuana laws are still a hotly debated topic here because there are people on both sides of the argument who feel very passionately about their opinions.

The Obama administration has put marijuana usage and distribution as a low priority for the D.E.A. This has led to a swell in the medical marijuana industry and now dispensaries are almost as common as liquor stores here in Colorado. But in order to see how it affects you, learning about these new laws is an absolute necessity. If you are planning to use or you are curious about what these new laws will bring to Colorado, then here are the basics laid out for you.

An important distinction that must be noted is that only those with a medical marijuana card can purchase it. In order to obtain one of these cards, the patient must have a serious illness like HIV, glaucoma, cancer, or any other illness that includes chronic and severe pain. Of course, the use of marijuana without a medical card is still an offense. But Colorado law has always been lenient on the use of the drug. Possession without a prescription, as long as it is under 1 ounce is only a petty crime. This means no jail time and a small fine much like a speeding ticket.

The possession of the drug in larger quantities, however, is still considered a misdemeanor and illegally distributing the drug still results in a felony charge of up to four years in prison. The seriousness of not following the proper channels cannot be stressed enough. If you do plan on using marijuana for recreational or medical use, be sure to take every precaution. If you have been caught using or distributing, then hiring a criminal attorney familiar with marijuana law is recommended.

Whether you are trying to find ways to use marijuana or if you are just curious as to all the changes that have been going on in Colorado, the above statements should clear things up a bit. It is still an extremely controlled substance and you can still get in a lot of trouble for having it in large quantities.

Caitlina Fuller is a freelance writer.
Marijuana laws are still a hotly debated topic here because there are people on both sides of the argument who feel very passionately about their opinions.
If you have been caught using or distributing, then hiring a criminal attorney familiar with marijuana law is recommended.